The Title Master Of Ceremonies Is Career Suicide

Live events now look and feel different. And the job of the person up front and in control has also changed.

This new epoch requires new thinking about how we perform our MC jobs on stage and the new social leadership roles we occupy.

It’s time to take a look at a new title and leave behind the old-fashioned ‘Master of Ceremonies’ term forever.

There are way too many names for our job. This mishmash of titles is confusing for our clients and makes it impossible to establish a standard; a benchmark of quality. Here are some (add any extras in the comments section below)

WHY THE ABOVE TITLES ARE WRONG FOR THIS NEW ERA

All these terms are now redundant and have passed their Use-By-Date. To verify, Google search the above terms and witness the confusion and strange variations. Its time to re-invent the title and profit from a stronger ID.

Filipino performers have always referred to themselves as Event Hosts and have never used the term “Master of Ceremonies”.

Consequently, the term Event Host or Event Host MC is perfectly suitable as a new job name because it:

A LONG LONG TIME AGO …

In England, the office of Master of the Ceremonies was established by King James I in the 1600s. Their duties were to receive foreign dignitaries and present them to the monarch.

The Catholic Church gave the title of “master of ceremonies” to the person (male only) responsible for performing the elaborate rituals involving the Pope.

The Grand Master of Ceremonies presided over state ceremonies, court etiquette and private functions; plus births, baptisms, marriages, and funerals for members of the royal family,

He also organised the proper procedures for royal feasts and town visits, ambassadorial receptions and important assemblies, and meetings of the States-General.

Official government-approved wedding celebrants should be the ones using the more appropriate “Master of Ceremonies” title – rather than the person at the lectern holding the microphone keeping all the segments on time and the guests happy. These guys are ones who should be called ‘Celebrants’ as we cause a ‘celebration‘ to occur.

Re-branding yourself as an Event Host MC is a smart move; especially now that live events have changed and the responsibilities of those in charge have expanded to new territory.

Event Host MC is a contemporary term that immediately signals to your prospective clients that you are not old-fashioned and instead, approach the MC job in a new way.

You are hygiene-aware when using the microphone and you tackle the job of social leadership in a modern way. 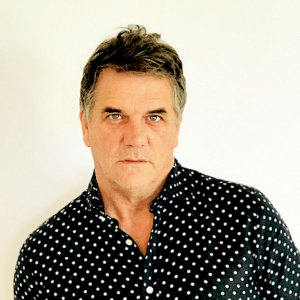